No dark sarcasm in the classroom with these kids ’cause they’re too busy making me bawl and clutch my hands together and cry out with joy over their vocal stylings. I got that familiar ol‘ lump in the throat that hasn’t been this intense since that week the Saints won, I first saw that Google commercial, and I realized all my favorite rappers are deceased. Oh dear.

I thought I had grown tired of Phoenix, so it’s quite a feat the way the PS 22 Chorus is punching me in my emotional center, appealing to my girly sensibilities and fondness for children and organized singing, and making me love this song even though Phoenix are dullsville and over-playedsville thanks to being on constant rotation at Forever 21 (where, coincidentally, there’s this butterfly dress I need to complete my life and make me feel like my time here hasn’t been a big waste. Size S. So girly and pretty. Gimme. Thanks in advance, baller.)

Anyway, press play! You’re not any less of a man if you get a little teary-eyed over this one, promise.

The future Jeopardy! champ in me also feels it’s important to add the tangential fact that the film Lisztomania was the first to use Dolby Sound (so says my sometimes-enjoyable-but-rarely-dependable boyfriend Wikipedia.)

INDIANAPOLIS – JANUARY 16: Pierre Garcon, #85 of the Indianapolis Colts, holds up the Haitian flag after the Colts’ 20-3 victory against the Baltimore Ravens in the AFC Divisional Playoff Game at Lucas Oli Stadium on January 16, 2010 in Indianapolis, Indiana. [Andy Lyons/Getty Images]

Everything went the way it was supposed to, football-wise, today in apt. 302:

1) Colts over Ravens, 2) Saints over Cardinals. Or as Marcus, who is 9 years old and lives across the hall says, “Both of the bird teams lost!” GODDAMN RIGHT, MARCUS. (Uhmm, darn right. Sorry. Nevertheless: high-five in the hallway between apt. 302 and 305!)

And at the end of his game, 3) Garcon held up the flag like we all knew he would and championed the cause of helping his beloved Haiti, which made me, of course,

and which made me, of course, 5) curious about the Haitian flag – the meaning of the blue & red, and the emblem in the white square. OCD, represent repre–zent–zent. So:

The first red and blue flag was sewn on May 18, 1803, under instructions of Jean-Jacques Dessalines, who played a prominent role in the Haitian revolution and was Toussaint L’Ouverture’s principal lieutenant. Dessalines asked that the white of the French flag be removed, which led to the red and blue design. On the centered emblem, there’s a trophy of weapons “ready to defend freedom,” a royal palm for independence, and a Phrygian Cap of Liberty at the top of the palm (heavy with symbolism, as the Phrygian cap was worn by liberated slaves in ancient Rome and Greece). The coat of arms in the center carries the words: “L’Union fait la force” (Unity Makes Strong); the Kreyòl version is “Men anpil, chay pa lou” (Many Hands Lighten the Load).

PS, quite a shift in tone so I had to sneak it in at the end of this post –

Even though I’m not up on my Indy rap like I’m up on my indie rap, I hear that the kids call Indianapolis Naptown, plus I really like this G-Fresh “On My Momma” song with its big dumb sing-along chorus. It’s a good time, you guys; relax. Wait til you see me in the club, as I have successfully convinced myself that if this comes on I will be the only blonde girl in history to successfully pull off the blonde-girl-in-the-club-singing-along-with-a-rap-song-chorus-while-holding-her-rum-&-Coke-aloft, remaining cute and not the least bit obnoxious the whole time. Just you wait.

“Good art should elicit a response of ‘Huh? Wow!’ 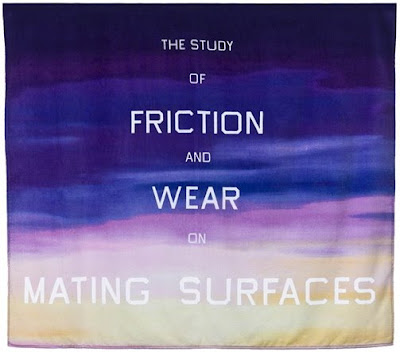 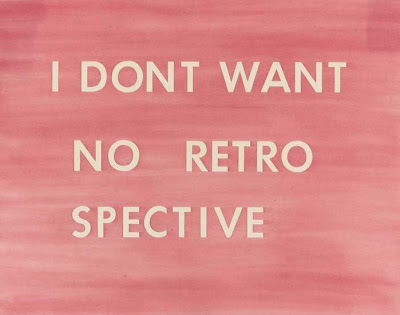 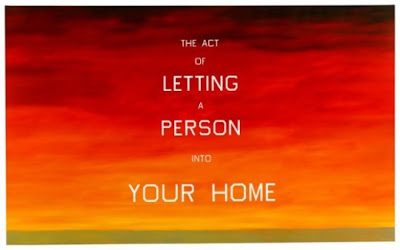 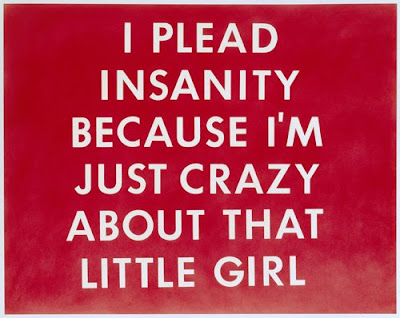 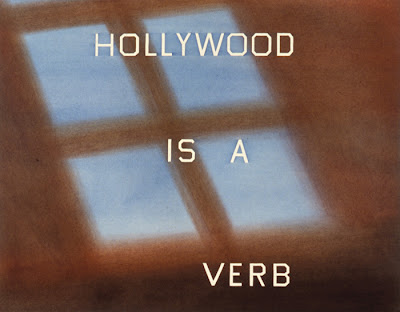 edruscha.com
For extra nerd/obnoxiousness points, I’d like to add that it’s pronounced Roo-shay.
Ugh.
Please stop or contain me, somebody.
Franz Kafka; b. 07/03/88!

(I am a fancy Bachelor of English, in addition to my current titles of web logger, student of etymology, Lakeshow defender, and know-it-all.)

“Our art is a way of being dazzled by truth:
the light on the grotesquely grimacing retreating face is true,
and nothing else.“ 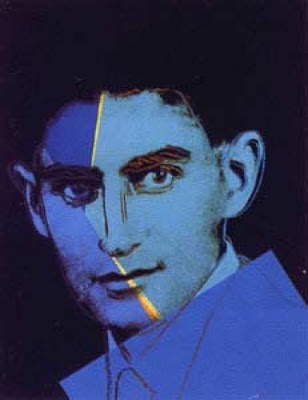 – Waking up and realizing all over again that Ron-Ron is a Laker:

One and all, Kafkaesque moments in the life of your trusty web logger. 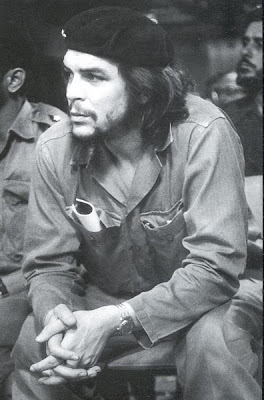 “Let me say, at the risk of seeming ridiculous, that the true revolutionary is guided by great feelings of love.” 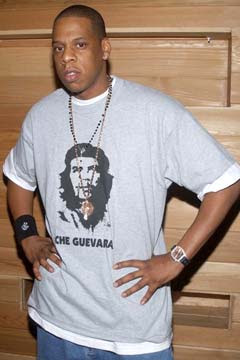 Wearing the image of a revolutionary on your person became so lame so long ago (sorry if that stings, Jay), but if you were a Caucasoid person somewhere between age 12 and 19 between the years 1992 and, ohh, 2000, and if you weren’t a complete idiot,

1) you were a Rage fan, and
2) you were legally required to own a t-shirt with Che’s likeness on it. You know, that photo. 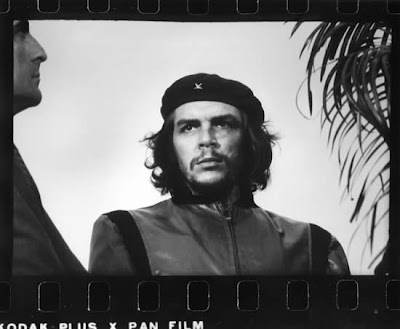 The photo–Guerrillero Heroico—was taken during a Castro speech after the memorial service for victims of “La Coubre,” when a Belgian transport exploded in Havana harbor and killed 136 people. The CIA of the United States of America, the country where I live, was apparently behind the attack (nofuckingway!) and backed the counterrevolutionary groups that caused the explosion.

Castro gave his speech at what had become a mass funeral and demonstration. Che Guevara just happened upon the stage where Castro was talking and stayed for a few seconds, looking out over the large crowd. Korda quickly snapped two photos with his Leica, and Che disappeared off stage again. After the memorial service, the photo of Che was not seen as particularly noteworthy; it remained just part of Korda’s personal collection for years, and he kept a print hanging on his small studio’s wall.

People often ask Korda how he was able to take that photograph. “This photograph is not the product of knowledge or technique,” he said, “It was really coincidence, pure luck.” He described what has now become the famous gaze of Che as encabronado y dolente (angry and sad). 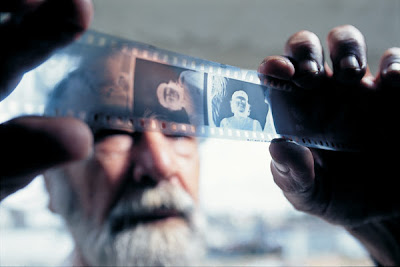 Korda’s real last name was Diaz Gutierrez, but he changed it to that of British filmmaker Alexander Korda because he thought it sounded like “Kodak.”

There’s more, too much to post here, about how Korda didn’t really make any profit off the image (even though, goddamn, it’s probably the world’s most published photo), and how he sued Smirnoff for using it in 2000 and donated the money from the lawsuit settlement to a children’s health fund in Cuba; “If Che were still alive,” Korda said, “he would have done the same.”

“As a supporter of the ideals for which Che Guevara died,” he said, in explaining his reasons for the lawsuit, “I am not averse to (the photo’s) reproduction by those who wish to propagate his memory and the cause of social justice throughout the world, but I am categorically against the exploitation of Che’s image for the promotion of products such as alcohol, or for any purpose that denigrates the reputation of Che.”

(This is kinda how I feel about Nas and AZ slangin Sprite in ’97.
KRS did it the year before, and broke my hiphop dork heart when he ordered me to obey my thirst.)