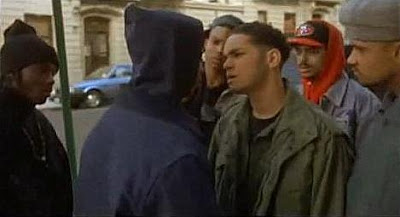 “The head of the Republican Party criticized Senate candidate Rand Paul on Sunday for questioning the landmark Civil Rights Act and said the Kentucky libertarian’s views were out of step with the party and country.” [Reuters]

Republican in-fighting is a joyful, lovely thing, and it’s all this lady needs on a this particular Sunday to wash away the grime and escape the miasma of urban woe. Michael Steele called out Rand Paul for his criticism of the Civil Rights Act; this was the correct thing to do, which marks the first time I’ve approved of Michael Steele’s behavior. Rand Paul’s already done a quick side-step, turn-around, backpedal, “nevermind” dance following the fallout from his remarks, because that’s what shit-talkers always do. He also says he does, after all, support the Act, make no mistake about it, because shit-talkers are also liars. Anyway, the whole thing is fun, plus, YOU GUYS, this is just like Jimmy vs. Cam, only the Huffington Post is the arena instead of Kay Slay’s show!

Unfortunately, this is unlikely to affect Mr. Paul’s political trajectory, as people just do not give even a little bit of a fuck about Michael Steele and what he says. I bet even he knows it. This is not cause to feel sorry for him, since E-40 teaches that if you live by the dirt, you die by the shovel.

Mos Def – “Johnny Too Beef.” Because I must’ve posted BDP’s “Beef” in a previous post. I must have.