1. Dance, monkey, dance! Such is the woeful life of every performer who wears a mask to shelter all the tiny, vulnerable parts inside himself.

Madvillain – “Fancy Clown.” The one where Doom tries to get over his broken heart by vigorously entering the soft, curvy bodies of his former lady’s acquaintances.

I wasn’t really ever a big fan, but I’m wise enough to see that if he hadn’t died young, the apprentice would have taken over for the teacher probably sooner than the teacher would’ve been comfortable with. Sorry, Joe. Additionally, Pun gets a place on my Great Rap Voices list.

3. “A man looks at a sculpture called ‘Also Heroes Have Bad Days’ in front of the Jewish Museum in Berlin, May 4, 2010. The sculpture is part of the exhibition ‘Heroes, Freaks, and Superrabbis: the Jewish Dimension of the Comic’.” 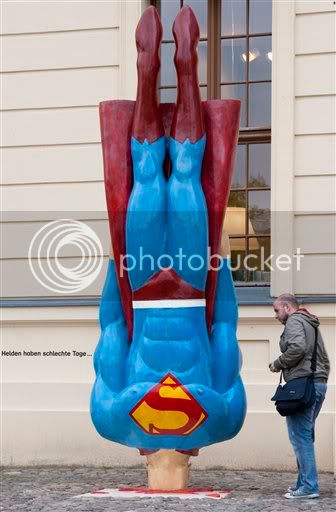 Don’t nobody is more hiphop than Gil! (Sometimes you guys forget and I have to remind you.)

4. I have a Bachelor’s in Literature and I still lack the capacity to accurately put my feelings for this photograph into words that my fellow English speakers can understand.

Labourers work as their children sleep at a brick factory on the outskirts of Jammu May 1, 2010. [REUTERS/Mukesh Gupta]

You know who never went to college but who’s still a better wordsmith than me just because of going through life as a theatrical protagonist in his own narrative epic? Oh, just RAE, that’s who.

“10 Bricks.” This song marks the first time I ever heard the c-word used as a verb. Although my sense of feminism requires me to oppose this down to my core, the lyrics fan in me wonders how come nobody ever thought of doing that before because it’s pretty sharp.

Threw Kool-Aid rubies in a lemonade bezzle/When I was 12 in the church, I started packing that metal. Say it out loud; it just feels good in your mouth, doesn’t it?

Shepard Fairey at the opening of his May Day show at Deitch Projects, 05/01/10. [Sam Horine, The Village Voice]

I believe at last year’s convention we decided to retire the term hater, but I’m dusting it off just this one last glorious time because THIS PICTURE! THIS GUY!! Shep and his dogs stop, drop, shut em down, coordinate their black tees to display only the trillest of ’70s bands, then open up shop. (No, that’s not Rawss. But imagine the possibilities if it were! So much vitriol I could sift through, then write a post about!)

Me and my self-indulgent writing style insist that Earl Woods is like a Shakespearean figure, a little bit beautiful and very, very doomed, like Hamlet but from Yonkers. All I know is pain/All I feel is rage. The unironic emotional display of an American black man is a pretty intimate thing to behold. Dr. Drew, save X, but not so much that he goes completely over to the other side and eschews late-’90s G stuff like pitbulls and getting the crowd to lose its mind through the power of a gruff voice. AH!, also, in less serious news: I forgot to add X to my list of Great Rap Voices.

6. Dios mio, I just got back from taking the Bandwagon Express to heaven–which, tonight, was US Airways Center because the worlds of professional sports and left-leaning politics were overlapping.

Kanye and a thousand viral marketing campaigns have made me suspect that everything done publicly is done solely for the purpose of moving units. I can’t believe that the increase of revenue isn’t the main goal here. But still. Even if solidarity with Los Suns means that owner Robert Sarver will sell a hundred thousand jerseys, he seems like a stand-up guy and the means justify the ends. I also was unaware that Steve Nash was the first athlete to go on record against the Iraq war back in ’03! Get ’em, Canada! That said, should the Suns advance, the conference finals van a ser un masacre gigante porque Los Lakers son campeones del mundo. 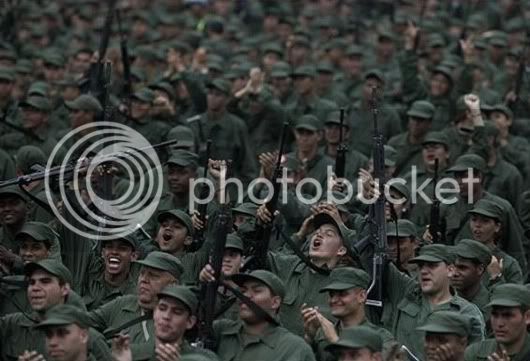 I just really miss The Coup and dead prez.

8. Make um say testicular fortitude. The hubris is strong with this one.

Mike Brown’s going to hell someday. If it were ’05 I’d add “real talk” for emphasis.

Great balls of fire/Guess who just crawled out the mud, the mire. Viktor Vaughn – “Saliva.”

3 thoughts on “Communications 306: Images of Hip-Hop in Popular Media”