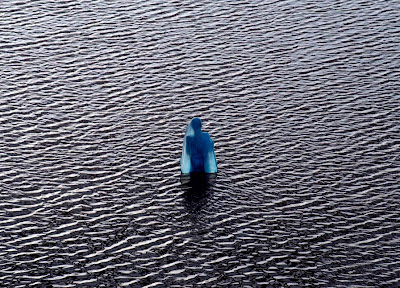 A Hindu woman devotee offers prayers after taking a holy dip in the waters of river Ganga in the northern Indian city of Allahabad May 4, 2009.
(REUTERS/Jitendra Prakash)

“The Big Picture,” The Boston Globe’s annual best-of photo feature, AKA its annual playing-with-my-emotions feature.
Deadspin, I’m nothing without you. Thanks for the link. 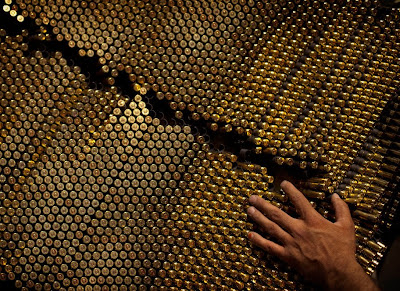 Rows of 7.62 mm bullets are shown, ready to be shot by Afghan National Army recruits as part of their daily training at the Kabul Military Training Center in Kabul, Afghanistan on July 19, 2009. A massive effort is underway to train thousands of new troops to join the fight against the vicious Taliban-led insurgency. But the task is hobbled by the lack of mentors and high levels of illiteracy among the recruits.
(AP Photo/Emilio Morenatti) 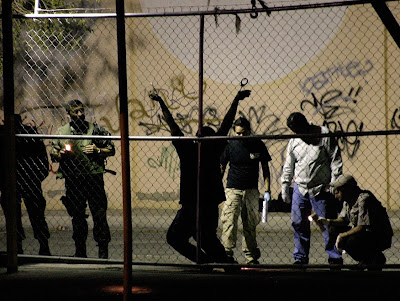 Military and forensic experts inspect the body of a man who was killed outside a nightclub in the border city of Ciudad Juarez, Mexico on August 31, 2009. A man was handcuffed to a fence and shot several times by drug hitmen outside a nightclub, according to local media. The assailants also left a warning message, known as narco mensaje, at the site of the shooting.
(REUTERS/Alejandro Bringas) 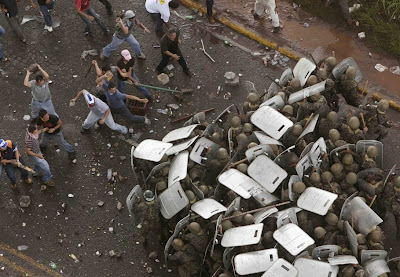 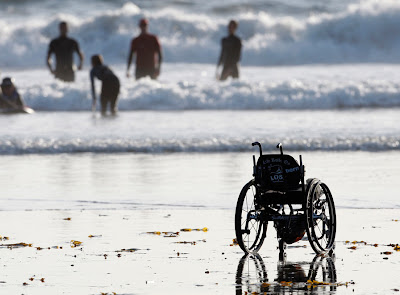 An empty wheelchair belonging to quadriplegic Patrick Ivison, 15, sits idle on the beach while Ivison, his mother, and friends prepare for another surf ride at the Cardiff State Beach in San Diego, California on October 6th, 2009.
(AP Photo/Lenny Ignelzi) 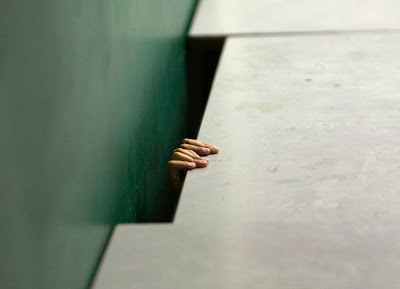 An Israeli boy takes cover under a desk in a bomb shelter at a school in Jerusalem June 2, 2009, after a siren was sounded during a nationwide civil defense drill simulating a rocket attack.
(REUTERS/Ronen Zvulun) 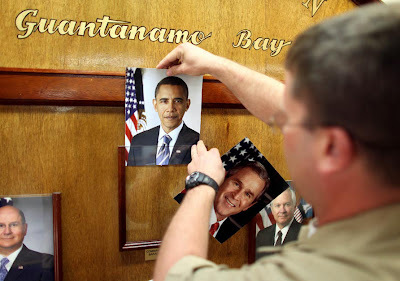 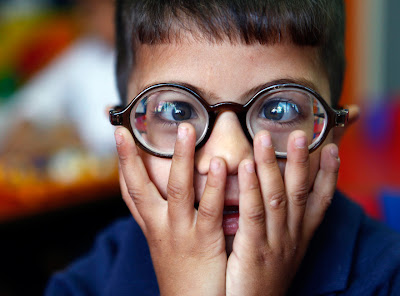 Wadee Daoud, a five-year-old visually impaired Palestinian boy, reacts to light after a teacher opened the window blinds in his classroom at the Helen Keller Center for blind and visually impaired children in the East Jerusalem neighborhood of Beit Hanina September 10, 2009. The Center was founded as a home for blind girls by English missionary, Mary Lovell, in the 1890s.
(REUTERS/Yannis Behrakis)

I’m guessing this one hits you especially hard, since it hit me especially hard and we agree on most things. You are some kind of beast if it didn’t…maybe not quite a rabid animal, but certainly not human.

Gangstarr – “Zonin’.” Look around, leaves are brown, and the sky is a hazy shade of winter. It’s cold out (62°F in my city), and this warms me up. Plus DMX’s voice is always comforting.
Additionally: Guru likes to bone. He’s similar to many other rappers, and Tiger Woods, and every dude ever, in this way.