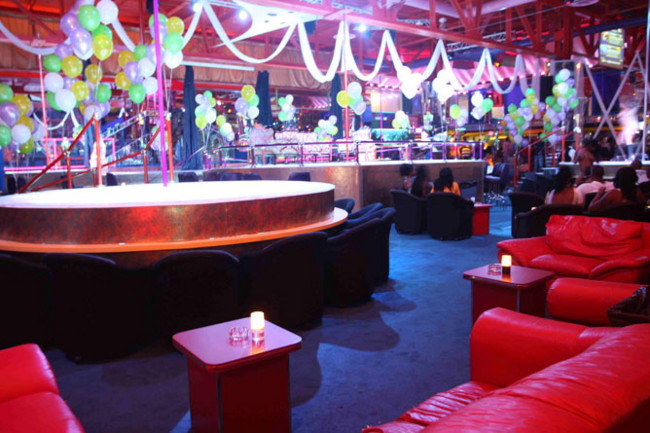 • Put the paper in the panties when you get that dance, goes the sign above the front door at apt. 680, just as a reminder when you enter. There’s no basketball court here, unlike at King of Diamonds. There’s a basketball court there, inside, which makes it an odd and wonderful part of the Miami naked-girl scene. There’s a basketball court inside King of Diamonds, I said. Inside. This fact is thirty times more interesting to me in my life at the present time than anything Tyler says or does in, on, near, or around MTV because…hell, it’s MTV. (I feel like people are kind of making fun of his mom for her emotional display, too, and I don’t care for that. And did you hear there was some sort of dust-up between basic bitch Rawss and a thin white lady not named Logan?). The basketball court fact is more interesting than anything, really, at the present time in my life, other than wondering to myself Is Curren$y’s leg healing appropriately?; does he need anything from me, perhaps a nice home-cooked meal and a round of Duke Nukem? and How in the world does Wayne keep his white Ts so clean and fresh? (He seems like a sweaty person).

• I believe the phrase in Miami is Don’t stop; get it, get it, correct? Anyway, I am too thin and awkward to be a nude dancing professional, but strippers and female rap bloggers are both regarded with a mixture of fear, patronization, and lust by males in our respective worlds so I feel like I’m an honorary nude dancing professional. Wayne – or, actually, the director of his video, with final approval by UMRG, all rights reserved – has some conflicting stripper feelings that this article sums up in a beautiful way. The only important thing that I would have included in the piece is the fact that the word hustle actually means “to shake to and fro.” The word hustle actually means that. And still, dudes are upset at/lusting over/giving fatherly advice to ladies using what they have to git what they want.

• Just as odd and funny, but not quite as charming, is watching Internet boys discover Dwayne Carter’s “recent” descent into terribleness. Energy levels are high in this regard, dudes just going crazy, dissecting all the bars, hating up a storm. I tell you it’s some enthusiasm like I’ve never seen. They’re also getting excited (in the opposite way) over Andre’s verse on “Interlude,” which is only remarkable by default (due to the terribleness of the rest of the album). Everyone, everyone, I say, Calm down. Andre is the coolest, a real swingin cat, but if you show your hand too soon, lap up anything he gives you, he’ll lose his fire and then we’ll be stuck with another 5-year absence. Every night he reads me the phone book while I look at him with my chin resting in my hand but you don’t see me getting all excited. I just wait til he leaves, then I write about how much I like him in my diary, and listen to his “Walk It Out” verse like it’s still oh-six.

• Internet boy Andy Nosnitsky, you annoy frequently but you charm more frequently. And I have you to thank for informing me that Phesto has a Tumblr.

• This photo of Bun B exists. SWANGIN, I hear his voice say in my head when I look at it. And as of tomorrow, Bun B Day exists. “Way to go Bun B, it will truly be a Trill Day in Houston!,” says the mayor’s website, adorably. (The mayor apparently hasn’t heard B’s Population fifty thousand, only 3 high schools, but 8 sets of low-income housing critique, but I’m pretty sure B was talking about Port Arthur there anyway. A huge city like Houston’s got to have way more than just 3 high schools, right?) 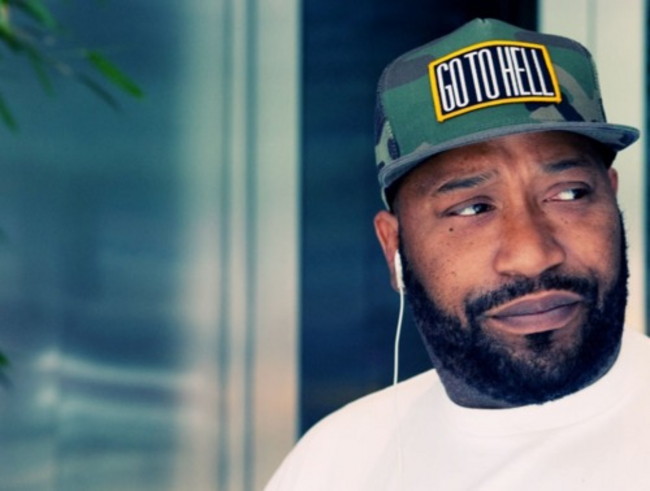 • #1 in sales/DLs at this moment: “I’m On One” (Khaled). Really, America? I didn’t realize it was still mid-June. Best moment in the song, still: Khaled’s Get em uuuup overlapping Stupid Jerkface Drake’s I’m onnn one during the squiggly intro. The song is big dumb fun (still, even though it’s no longer mid-June), and it’s nice to see a Palestinian and a Jewish guy make some harmony together, quite literally. The other best moment is all moments not involving the image in my head of Rick Ross bending some poor lady over in the kitchen, Sweet Jesus. 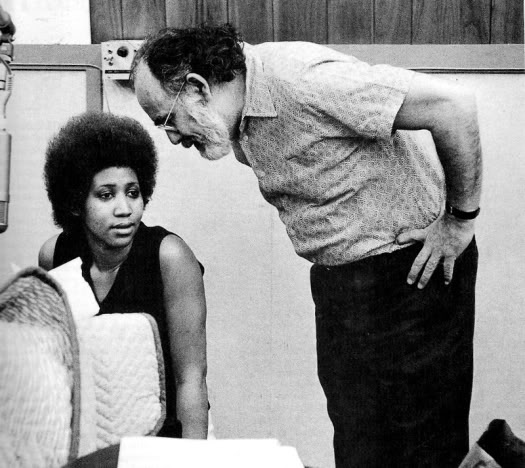 #1 in 2001 – “Fallin’” (Alicia, age 20), produced by Alicia (age 20!). Years later, these two ladies get cross-referenced in the Mos Def section of a certain bikini’d blogger’s brain (“One Step Ahead” as a break, and the “You Don’t Know My Name” video, SUH-WOOOON, DANTE, you give all shy, hardworking girls hope that dudes who don’t look at us will one day look at us).

• I’m not a Belieber, I’m a…uhh, JerryLieberber? Hearing the original “Spanish Harlem” in the Civic  yesterday right when I started the engine means that some sort of deity exists and he/she is a fan of pop radio just like me. Best part: the syllabic stressing, the satisfying way the words ride the beat, during the It is a special one, it’s never seen the sun/It-only-comes-out-when-the-moon-is-on-the-run/And all the stars are gleeeaming part. Lieber’s heroic feats outside of actual music making include he and Mike Stoller insisting on getting producer credit on all of their work – unprecedented in the ’50s music industry. “Atlantic wanted to call us ‘directors’,” he said, “they said they were the producers because they put up the money.” But Jerry and Mike sealed the deal, ensuring that many years later a bikini’d lady blogger would hold Mannie Fresh in high regard for actually making the stuff that provides the soundtrack for her hustle, rather than one Bryan Williams for bankrolling it. See also: RZA rather than Steve Rifkind.