The only dudes in ties that excite me are Don Draper, Cornel West, Misters Blonde, Blue, Pink, Orange, White, and Brown, all Int’l Players with an Anthem, and the 3 “Sabotage” detectives. Oh, and YOU, in THIS, HOLYCHRIST: 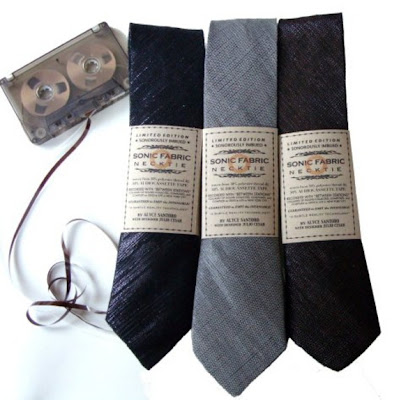 Sonic Fabric neckties! Each is make from fabric woven from 50% recorded audio cassette tape and 50% colored thread. The fabric is actually audible if you run a tape head over it!

You will need to rip apart an old Walkman, you free the playhead from the player and then rub it over the fabric (oohh/ahhh); with the headphone you will hear the MUSIC of the fabric! It contains the designer’s own music, a collection of looped and layered samples grabbed from the NYC metro system (a creepy, beautiful, David Lynch-ian soundscape), but in a daydream I just had, the ties sound like Busta on “Case of the PTA,” Too $hort’s trunk, Guru’s Saints hat on the cover of Step in the Arena, G Rap on your cousin’s tape of Stretch & Bobbito, rainbows, dewdrops, truth, and also purity, light, and goodness. 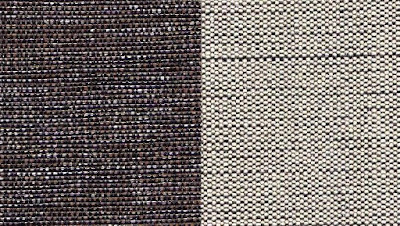 “The idea behind the tie is that the wearer becomes a beacon for other-dimensional, intangible, subtle forces of good…much in the manner of a superhero. only this part of the superhero garb can be worn on the outside in the most conservative environment without detection! looks equally great with dress shirt or t-shirt. this tie is the thinner version – 2″ wide at the widest point. i also make a slightly wider version for more mature audiences.”

Alyce Santoro, you wacky hippie visionary, you’re my future best friend and my density, only you don’t know it yet. 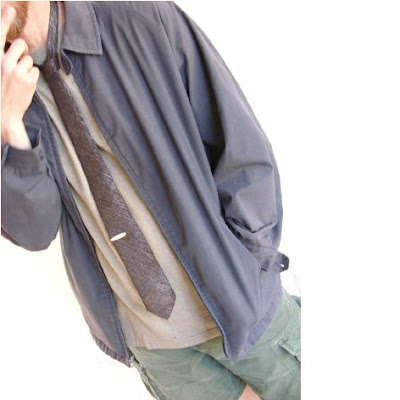 Unattractive, yet you need it, right? You’re like GIMME. Or, more appropriately, you’re like GIVE IT HERE.

2 thoughts on “I let my tie rock til my tie popped, or something to that effect”