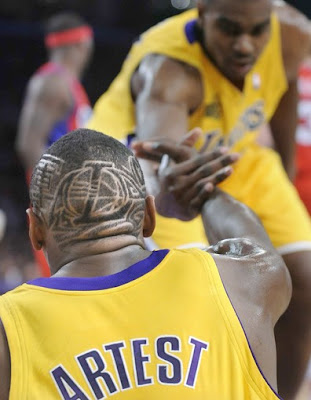 2. Katy goes for a PR stroll around Santa Barbara with her PR accessory, attempts to get you stuck off the realness. 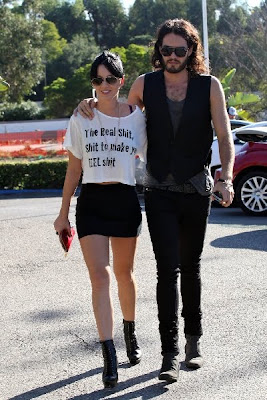 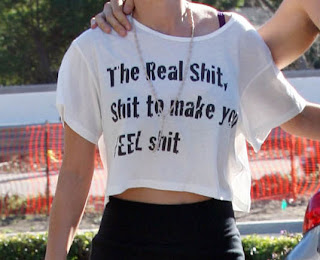 I suppose it’s possible she actually knows that the words printed on her shirt are from the sacred texts of Mobb Deep, since this very writer is a fellow pale-skinned lady from a beachy Cali city who knows that those are Mobb Deep lyrics. However, NOPE and IMPOSSIBLE, as there can be only one. (And anyway, I prefer lyrics from Brooklyn MCs on my person.)

3. “I thought Dondi or Phase 2 was better than the Mona Lisa, because she was just a fat chick to me.” – Def Jef 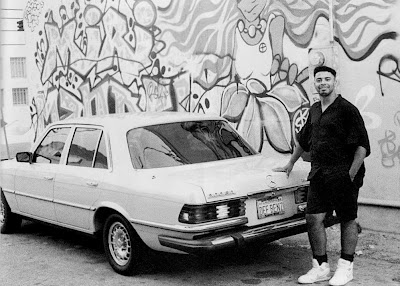 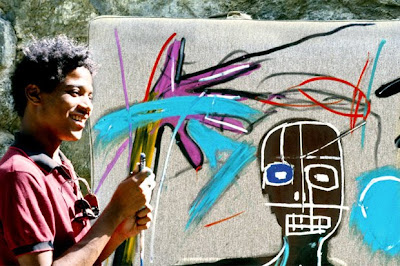 My Future Employer Wax Poetics posted Def Jef’s recollection of going to dinner with Basquiat at Mr. Chow’s in ’88, an experience also featuring my OG Judaic boyfriends the Beastie Boys smoking weed in the bathroom.

“So, Jean-Michel was like, ‘Let’s go smoke weed in your car.’ So we went out, and we were smoking in my car, and I was like, ‘You a cool dude, man. You gonna be around?’ And he said, ‘I’m gonna be around forever.’ And I think he just meant, ‘Yeah, I’ll be there tomorrow.’ But time has created another resonance to his statement.”

4. Gold staples seem like the kind of thing Storchy would have spent his money on in his cokey-ist, Fucking King of the World!, oh and did I mention I am a Golden God? moments.

“Child support? Nah. GOLD STAPLES are the move.” (that’s a direct quote from him, Miami circa ’06) 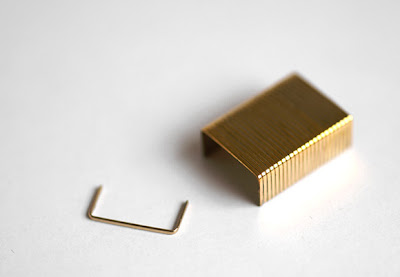 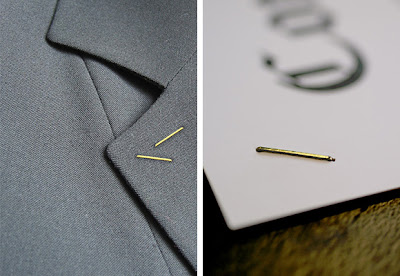 “Intended primarily as a form of jewelry, these luxury pieces can be applied to clothing (or just about anything) with the help of your average stapler. Of course you can also impress your boss by turning in your next report decked out in gold. He will feel you.” LOL/nice grasp of American slang, Dutch design site!