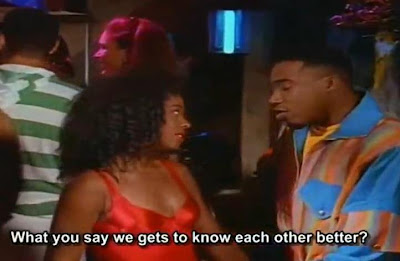 *cruising = not a crime

People hollering at other people in the cluuuub will not be tolerated by the NYPD, but only if those people doing the hollering happen to be dudes and the objects of their holleration attempts happen to be undercover straight male NYPD cops. Ask a cop for copulation and you might get arrested despite it being not against the law to ask a cop for a lil copulation – see, being hit on by strange men whom they wish would just walk away is a frightening and gross experience for officers of the law.

“Aww, that must be just awful! Random dude at the bar saying he wants to see/touch your intimate areas in between Patron shots?! I can’t imagine,” said EVERY girl in every city at every bar, EVER. One day, perhaps I’ll grow to like law enforcement – like if they stop me from getting raped or robbed or assaulted in some way. Until then, fuck em. (I would throw in a Sorry, Mom at this point, but Mom agrees with me here) The A is for atrocious.

As I am the most predictable person on the Internet, I shall now go ahead and walk these dogs and represent Wu. Specifically, here’s how casting for the film would’ve gone in a perfect world.

4 members of a former commando outfit and current group of mercenaries.

Col. John “Hannibal” Smith, the group’s leader whose plans tend to be unorthodox but effective.
RZA. Mainly because I heard Hannibal also insisted on getting 50% of all profits yielded in the Team’s various missions despite the tragic fact that there’s no I in team. So, you know, I just nailed that casting choice.

Lt. Templeton “Faceman” Peck/Face, the group’s smooth-talking con-man.
Meth. (It said “smooth-talking,” did you not see it in the description?). Damn, I nailed that one too.

Capt. Murdock, the team’s pilot who has been declared insane and lives in a psych facility.
C’mon. Don’t play dumb. Stickin pins in your head like a fuckin nurse. Also, BLAOW.

Sgt. B.A. “Bad Attitude” Baracus, the team’s strong man and mechanic.
None of the Four Horsemen of the Wu above really has a bad attitude, so I’ll just say Rae on account of those shiny golden links.

3. It’s this dude’s birthday. 10/24/73. I don’t believe that anybody feels the way I do about him now. And all the roads we have to walk along are winding, and all the lights that lead us there are blinding. Sigh. There are many things that I would like to say to him, but I don’t know howww. 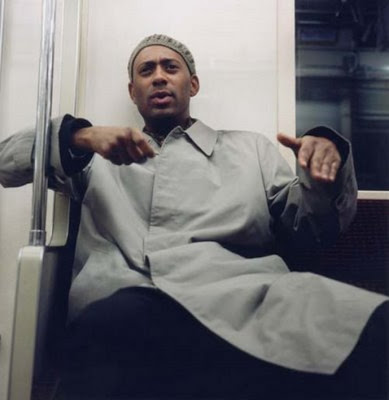 Jaylib feat. Talib – “Raw Shit.” I like it, I loves it, here we go.
Every time I see Drake’s dumb Canadian face I want to cry and punch something ’cause I feel like I hate him and his A&R handlers and his whole clueless persona, and songs like this are exactly why. Dear musical year twenty-oh-three: come back. Save the situation.