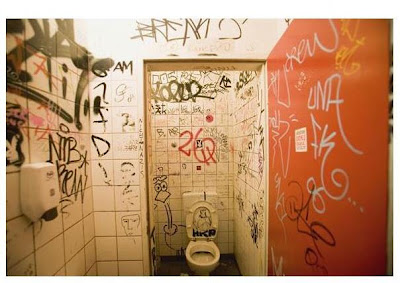 JOEY WAS HERE. And he cares about the United Way.

In 1992 a professor performed an experiment in a public restroom and discovered a completely effective way to prevent people writing on public bathroom walls. See, what you do is you appeal to their desire to help provide funding to a network of community-based assistance agencies that serve kids and families! Science, you never cease to amaze!

T. Steuart (yes, that’s really how he spells it) Watson, a professor at Miami University of Ohio, selected 3 fucked-up men’s bathrooms in which to carry out his experiment. They were covered in writing – “each room had a history writ large, and small, in many different hands” (the story is from The Guardian, and I just like that fancy Brit way of describing the bathroom landscape). Each of the walls had been repainted numerous times due to the amounts of graffiti during the months preceding the experiment; new tags popped up every day.

Over the next 50 days, Watson implemented his treatment to see how humans could be motivated to knock it off. It was completely effective, a total success. 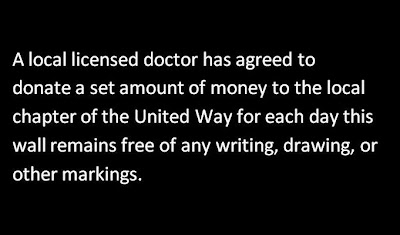 During the 3-month study period, no marking occurred on any of the walls. They remained graffiti-free, no markings, clean and untouched. That’s nice, right? “Aww, dudes in bathrooms with pens are kind-hearted!” is the appropriate response here. Watson then published a report about his method in the Journal of Applied Behavior Analysis, where professional science nerds saw it and discussed it and this is how it trickled down to amateur science nerds such as myself.

And he actually did donate the money – though it was a not-very-generous 5 cents per day, per bathroom. Nice one, professor. Thus, with three restrooms in play, the total payoff for charity was $2.50 per restroom – a combined $7.50 due to dudes quelling their itch to get up in the men’s room. I mean, you guys must have a need to really fucking bomb because it is exceedingly gangster to do so in the bathroom facility of a bar, but in this experiment the subjects managed to push that burning desire deep down inside. Dude, you had some ups in the men’s room at the Cha Cha! What’s your crew and/or are they well-respected? Skeme, is that you? 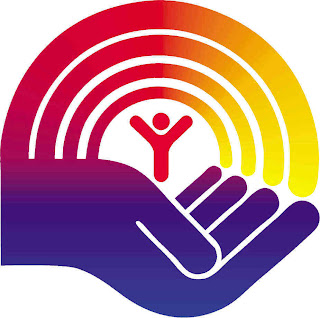 Why was the treatment so effective? Watson thinks that bathroom-goers seeing the sign indicating that somebody cared about the blank wall space was enough to compel them to leave it alone – especially given that somebody was willing to give money to a nice thing like the United Way. Prior to posting the signs, “bare walls appeared to function as discriminative stimuli for graffiti, perhaps because it was not apparent that anyone cared.” (Discriminative stimuli is the catch phrase of the day. Please use it in at least 3 of your social interactions by 4 PM today.)

Extra credit goes to the professor for not being all surprised that dudes who write on bathroom walls can be decent human beings. I was waiting for that stance to be taken – Shut up, nobody who uses a Krink on the men’s room wall cares about children or the agencies that assist them! – but it didn’t happen, much to my delight.

Deer Tick – “Art Isn’t Real.” I’m not saying I agree with this; in fact, art is very much real. I’m still hanging round and round/Sometimes it’s a racket, but lately not a sound/In the bowels of history and time/I have learned to stay back and never shine. Get ’em, Providence.

One thought on “Aww!: Krylon edition”