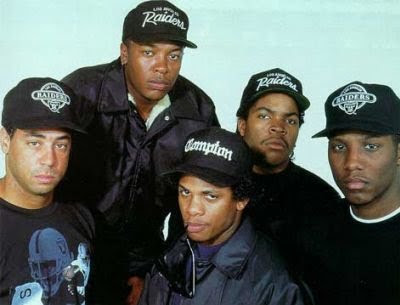 1. Old boring people will always hate the rap music and will always try to kill it. And not kill it in a good way, like “Meth kills it on ‘The What’.” I mean, kill it, like prevent it from existing. The latest round involves Plies and some Florida politicians but, really, the names and dates are interchangeable here. 1992, is that you?

The hip hop will be banned in, uh, Fort Myers, thanks to crybaby city officials who are dismayed that somebody got stabbed at a recent Plies concert and think Plies’ music has anything at all to do with the fact that somebody got stabbed. For the record, city leaders also do not care for the sexual themes in Chuck Berry’s music and they know for a fact that Judas Priest makes the kids go on murder sprees.

2. a) In an amusing anecdote about a drug deal, it’s the details that sell your story. b) The ladies are constantly wavering between Tim Roth and Michael Madsen in terms of “strangely foxy older dude who makes everything better in cinema” award.

(The ladies = mostly just me) 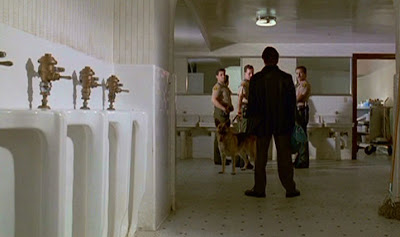 3. In a related Lesson, be careful in life ’cause the long-haired hot girl in a flowy skirt might be a vampire. 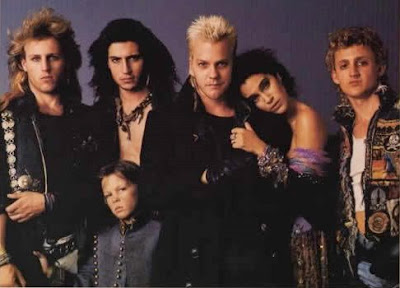 Laugh out loud re: this crew purportedly being edgy/frightening.
1987 was a simpler time, yall.

Not those Lost Boyz, silly.

4. Nobody likes a musical genre overlap masturbatory studio session just for the sake of. Specifically, 2003’s low-budget version of Donovan and the almighty Gary Grice working together is just wrong in multiple ways. I mean, really. Shit’s played. 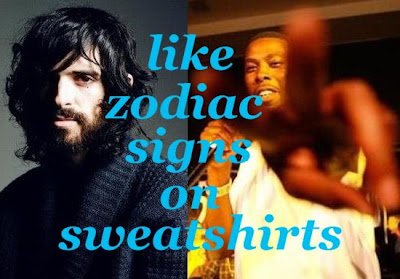 Paste says Devendra Banhart and GZA are going to collaborate. And of course everybody’s using words like “enigmatic” to describe this pairing. “It’s bizarre and surprising, yet makes perfect sense!” they say. Devendra annoys me* and I am a hater, so I call this pairing “stupid” and “please stop it.” Also, IT’S GZA. The term surprising is never applicable. He has a spaceship, is the subject of Ken Burns’ next documentary, and raises champion Bassett Hounds. (I’m pretty sure.) He could burst through the door at the Roman Polanski trial, interrupt the proceedings and kick a hot new verse and it would not surprise me and should surprise none of you. Because he’s GZA.

*The alpha and omega of grizzled sensitive white man Topanga Canyon rock is a little thing I call After the Gold Rush. Everything else is just resin.

This all started when GZA heard “Baby,” Banhart’s first single off of his upcoming album, and freestyled over it. I’m guessing this wrecked shop (even though they leave that part out of the article) because, again, he’s GZA. Then he and Devendra had a bro rendezvous at Coachella. Devendra has to brag about it, but I probably would too: “I played Coachella, and, lo and behold, I looked on the sidelines and there was GZA. I was stunned,” Banhart says. “So we hung out and talked—we talked about atomic energy and how the sun is powered. We talked about dark matter.” Not surprising. He’s GZA.

Devendra talks about his admiration for Gizzy through this boring story about being a young punk and falling under the spell of Liquid Swords, skating and making Wu stickers to put on his board. (Unless your name’s Sean Sheffey, YAWN.) “He’s a legend. He’s untouchable. He’s an avatar, an iconoclast. It’s the GZA,” gushes Devendra, whose old art-school friends probably coached him to say that. “And you can’t fuck with the GZA.” Well, yes, but only when backed by the sound of some dragons breathing, ninjas jumping out of trees, pots and pans clanging. I don’t need to hear him over a floaty & gentle acoustic guitar. And I don’t care for music collabs just for the sake of. And get a haircut and a real job, Dev.

That said, I like “Baby”! People, I’m nothing without my contradictions.