1. Little Dwayne is taking a break from his stretch of making tiny, adorable humans to record a piece of brat-rock with Weezer. This is either just god-awful and terrible, a bad thing that should never come to pass, or it’s my new favorite song of oh-nine that I make fun of publicly but turn up in the car when it comes on the radio. Also, Rivers is kind of a jerk who thinks that rappers stay strapped and constantly drunk. 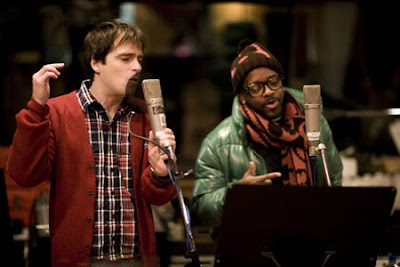 Rivers and JD in what appears to be a frigid recording studio.

“Weezer is always trying something new…So I reached out to some friends of mine in different genres: Jermaine Dupri, for example, king of R&B, I wrote a song with him called ‘Can’t Stop Partying.’ It was a real challenge for me, taking his ideas, which are very slick, R&B party [ideas], and giving it some kind of edge…

“Not only that, but we got Lil Wayne to come in and do a rap on it. Any other rapper would’ve just gone, ‘Yay, we’re partying! Let’s drink and have fun,’ but he gave it the edge I was looking for. You can hear in his voice, it sounds so dark, like he was gonna get shot or something when he walks out of the studio.”

Things Rivers Cuomo says/does that make me hate him with surprising intensity:

1. “Rappers are mostly alcohol dependent and live in fear of the gun.” Evidently that Lit 101 seminar at Harvard about deconstructing our frames of reference that underpin notions of identity and culture didn’t take.
2. “Jermaine Dupri = king of R&B.”
3. Has a song called “Can’t Stop Partying” yet is not Lionel Richie in 1984.
4. Named album Raditude. I need a personal apology for this – preferably a nice hand-written note.
5. Is still around and it’s not ’05. (what I mean is that today it’s not ’05. Check back tomorrow in apt. 302, though – Come On Feel the Illinoise came out last Tuesday and I’m having a listening party!)

2. Sam Cooke biopic in the works. Whatthehelltooksolong but I’m not interested, thank you, as I have many other things to do with my time; the news does give me a reason to post this*, though, because a) I’m a girl and I am required by law to swoon at the opening notes of the song, and b) I was supposed to be alive, and about 17 years old, in 1964. Also, although I’m definitely not interested in seeing it (lots of things to do with my time; I just told you), might I suggest Chiwetel Ejiofor for this role? Everyone knows Nigerians go hard, so hard. 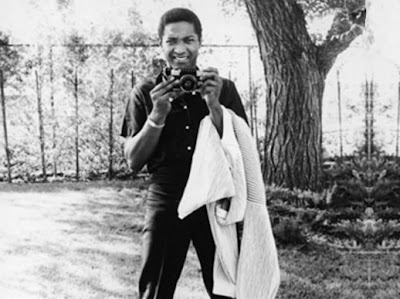 I got the soul of a young Sam Cooke when I spit
It make you wanna make a new dance up. – Tariq

Sam Cooke was unusual and epic in the fact that he owned the rights to his music via various recording and publishing entities he controlled.
(That fact doesn’t really fit anywhere else in the post but it’s so amazing that I had to fit it in.)

3. Hey, how’d you manage to unearth the notebook of the dude sitting next to me in 8th-grade Algebra? You’re a super sleuth! 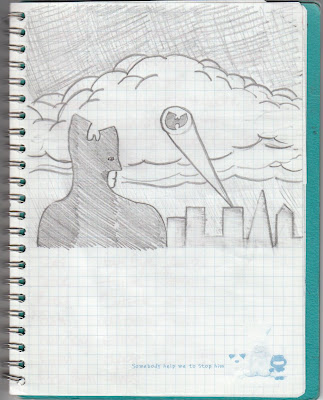 I did a lot of daydreaming in this class (damn you, Ben P in the aisle next to me and 3 seats up), believed that the topic was stupid and said so often, and had to take it again in summer school due to an unsatisfactory performance. You don’t really see the point of Algebra until later, much later.

The Wu, on the other hand, makes sense from that very first moment.