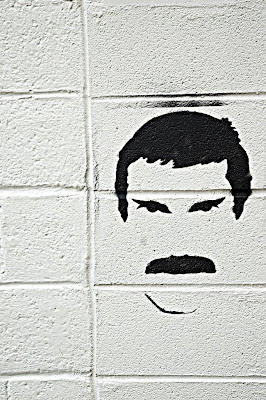 Bed is the poor man’s opera, goes the Italian proverb.
And Queen is the semi-poor blogger’s opera on the Technics platter in apt. 302.
Oh, and (sorry Mom) bed too.

It’s Freddie Mercury’s birthday (’46) so of course I’m thinking about how the only significant contribution to my life that Vanilla Ice made was upsetting everybody when I was a baby hip-hop fan and introducing me to “Under Pressure.” (The 2 heathens did not have a tight Queen game while I was growing up, so I had to fend for myself when I reached record-buying age. I am now well-versed in Queen, especially News of the World, oh my god don’t get me started. Also, listening to “Dragon Attack” is the Brit-rock version of brushing dirt off your shoulder.) 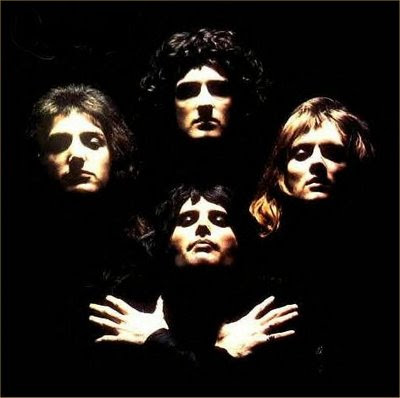 But I had to go with “Under Pressure,” a song about my emotions as I try to be all things to you at all times while hoping I’m good enough and pretty enough and smart enough (just jokin; I listen to Sly and the Jungle Brothers, so I know I’m perfection).

This song is so beautifully put together, highs and lows and pressure-building with sound and then releasing that pressure, so many twists and turns like a rollercoaster, probably not unlike life, but especially life as a gay man in an operatic British band in the ’70s and ’80s and being blessed with vocal gifts that make everybody want to look at you even though you’re shy. That’s what’s known as, how do you say, pressure. It is also impossible for me to believe that the studio did NOT implode from Music God Epicness during the recording of this piece. Mercury, May, Bowie. They did record it in Switzerland, though, so maybe that was because British equipment couldn’t handle it. But if it didn’t happen with “Verbal Intercourse,” I guess all other songs are safe.

Queen and David Bowie – “Under Pressure”

I have listened to this song 816 times, and that was just this morning, so I will now tell you the parts that will make you want to hug your neighbor: “People on the streets.” “The terror of knowing what this world is about.” “Keep coming up with love but it’s so slashed and torn” (even though this is a Freddie post, OH DAVID BOWIE!, you are so skinny and brilliant and so oddly hot).
Right around 3:25, the culminating statement –

This is our last dance,

One thought on “If I’m not back again this time tomorrow/Carry on, carry on.”