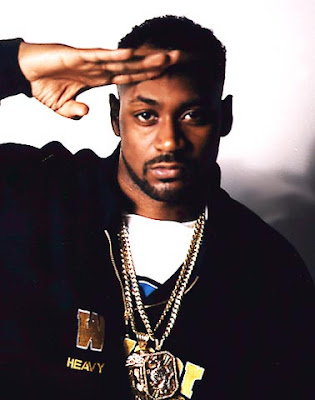 “One day some of the kids from the neighborhood carried my mother’s groceries all the way home.
You know why? It was outta respect.”

Some things are not OK. I have gathered some examples to illustrate my point:

The fact I am not Raquel Welch in 1968 even though clearly I’m supposed to be, the whole Ash Roth debacle, the fact that the country I live in (the US, which has a lot of money) cannot seem to provide a public option for health insurance without people wanting to burn things and kill themselves, and the possibility of 50 Cent and Ghostface collaborating on a song. This news makes me feel uncomfortable and paranoid and a little like there are helicopters above, like when Henry Hill goes into a coke-y tailspin at the end of Goodfellas.

The only time Staten Isle and Queens should come together is in a little situation I like to call “Verbal Intercourse.” And even then, they had to get my permission first. Plus everybody knows conflict between MCs is kinda fun. It’s a part of history. It’s manhood-proving, especially if the alternative is rappers in Nylon mag verbally fellating each other (“You rule, Kid Cudi!” “No, you rule, Chuck Hamilton!”), and everything this carbon-based life form known as “Drake” says and does. (I mean, he’s just so girly to me. I do not care for a girly MC. Unless she’s a girl.) Uncle KRS would not approve, gentlemen. I don’t want anybody getting shot, but still. A nice verbal throwdown gets a lady English major excited in a special way. Like a microphone-battle version of that one time LeGarrette Blount’s fist helped Byron Hout’s mouth refrain from saying stupid things in the future. Like that.

Beef is especially useful because it prevents awful collaborations. YAY BEEF. When it’s over, it often results in situations like this Ghost-50 thing – dudes inviting former adversaries to join them on some sort of musical situation that makes no sense, no goddamn sense at all. I make a pouty face and I wish Pauly Cicero were here to make phone calls or hand gestures to one of his foot soldiers in order to stop the progression of events. What I mean is, please Ghost, pretty please, don’t do it. Don’t do it, baby. Let Marvin guide you. My biggest mistake was lovin you too much/And lettin you know! ‘Cause now you’ve got me where you want me/And you’re gonna let me go!