This post was almost called “She in the Doubletree Suites with her hands on her hips” but I stayed at an Omni! Oh dear. Still hit the Waffle House and finished with some Alizé, though.

Movin roughly, straight to the desert, San Antonio. That’s what happened in June, when I took my uppity liberal feminist California self down to Texas. It was a work trip, but I capitalized on having my hotel room and plane ticket paid for by using every minute fucking cars  hoping freaks will get inside of my Lacville ’79  trying to breathe in promethazine fumes  Rap(ping)-A-Lot  disproving stereotypes put in my head by a thousand Texas rap songs   going record shoppin! I also insisted on pronouncing it “San Antone” during my entire stay just like Ike did in What’s Love Got to Do with It, because I’m adorable/insufferable.

Don’t ever go to Texas, it’s an awful place (outside my comfy comfy hotel room bed, above) – unless Devin is your tourguide and he takes you to meet Bun B’s second-grade teacher who remembers him as a bright, quiet boy, or Dev arranges a tour of Cowboys Stadium that ends with you punching Jerry Jones square in the mouth. San Antonio Antone is deep in the heart of Texas (which would make a great line in a song), and prior to going there I knew little about it apart from the fact that the Spurs have a player named Tiago Splitter and the guy in ZZ Top without the beard has the last name “Beard.” Now, however, I am aware of a lovely store called Hogwild at which I purchased some records (below).

I have also verified that the Alamo really doesn’t have a basement. : (

Best Cover in this particular record haul, which is to say: Best Use of Hands Outside of Muhammad Ali, James Yancey, and Curren$y Doing the Alpha Sign. Would you look at that cover, please.

I like manhood that isn’t afraid to match outfits, or touch hands to shoulders out of respect/admiration.

“Trying Girls Out.” Most Obvious Way for Kanye to Weasel His Way Into This Post Somewhere, annnnd Most Seductive Use of Harmony (making me forget this song is about lady-hopping.)

Best Ant Banks Connection (the break in Spice 1’s “Clip and the Trigga,” a song that opens with I’m 22 with a motherfuckin beer belly so I’m guessing the boyfriend prospects for me in Hayward are pretty slim. I’m still prowling the Bay; nothing can stop me. Richmond, lock up your sons and husbands.)

Best Appearance by Malcolm Cecil, a man with a fresh name who co-produced this record and all of Stevie’s best. Mr. Cecil also provides the Loveliest Musical Commonality throughout This Blogger’s Humble Existence, as he handled synth duties on that Little Feat record (childhood road trips with my dad) and that Randy Newman record (Sunday morning newspaper reading at the kitchen table; later, the NPR outro music after every Katrina story), and co-produced that Isley Brothers record (teenage headphone makeout longing sessions in my bedroom; maybe a makout sesh or two in later years). 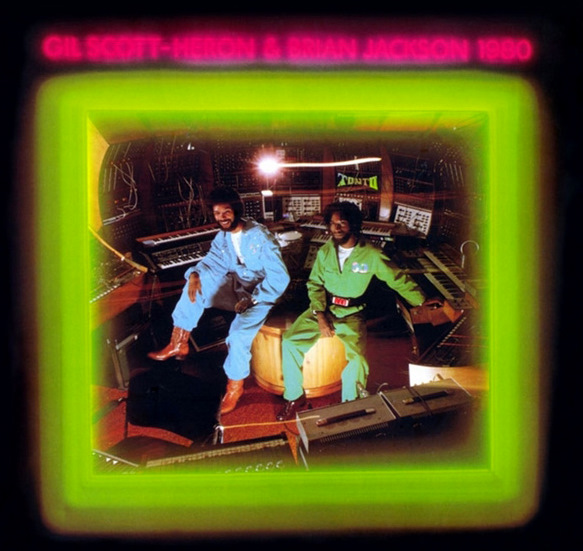 Ain’t no such thing as a superman, Gil said once, speaking the truth. Ain’t no such thing as a space-cadet cowboy duo in the future, doing some programming of keys in the belly of Herbie Hancock’s church/laboratory, I said once. Then I saw this album cover, which made me say Finally!, a photographic rendering of What 1996 Logan Imagined Future Del and Future Madlib (Rap Ziggy Stardusts) Looking Like in the year 2387, Hanging Out Together, Bringing Messages from the Other Side. 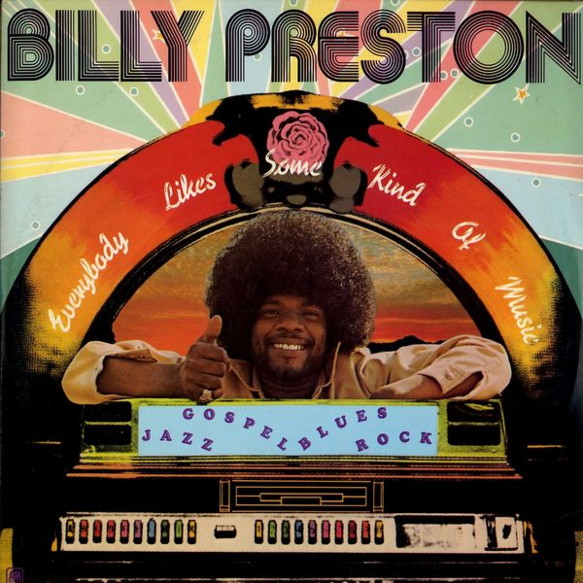 Most Obvious (and kind of insulting to our intelligence, really) Album Title. Sorry, Billy.

Best Personnel Credit: “Banjo – Dennis Coates.” THERE’S A BANJO CREDIT. FUCKING DOPE. Billy, born in Houston, is also the Texan with the Best Hair in this particular record haul. I’m trying to remain calm in spite of the big biiiig Texas news I just heard about (UPCOMING SCREW EXHIBIT AT THE U of HOUSTON).

Best Use of 9th Wonder! Billy’s cover of “It’s Alright Ma, I’m Only Bleeding” was flipped n bounced by 9th on “Let It Be Known,” a song by World’s Third-Best Grouchy MC (Next to El-P and Pimp C), Sean “punch n—s through school buses” Price (with Phonte). This is a Dylan song with the line “He not busy being born is busy dying,” which my 16-year-old self found to be terribly heavy and meaningful; I mean, it really put 10th grade into perspective for me. These days I hear it and think Gosh that sounds like something Drake would say in his awful Canadian monotone.

This one’s unremarkable, a compilation of some ’60s jazz pieces that neither the Pharcyde nor Doc Oct flipped/bounced, ho-hum, but it’s Quincy nonetheless and that makes it the Best Excuse for Me to Post Some Quincy. “Kitty with the Bent Frame” is obviously a song about the sexual arching of a female’s back, yes? We’re all grown-ups here; let’s just get right down to it. And knowing Quincy, I’m guessing Kitty is a lady with pale skin and blondish hair, yes? Just a guess. Knowing Quincy. “Kitty” is a track from Q’s soundtrack to Dollar$, a heist film that is just begging – BEGGING – for a Curren$y tie-in. Monsta, get on that, please.

Best…Use of Zawinul? I don’t know; don’t tell my dad or Madlib, the two men I’m always trying to impress the most with my musical knowledge, but I’m really not that into these guys. It feels right to have some in my collection, though – like the broccoli in my fridge’s crisper that I’ll never eat.

“Sly sex” is that thing that happens on a hot day or a hot night when you appeal to my basest animal needs by putting Fresh on the hi-fi. (Then you watch what happens next, which is always me doing my impression of a King of Diamonds professional. HI MOM).

Best Useless and Comical Assist Attempt by the Internet: the Discogs search box inquiring Did you mean Freddie Foxxx? when I typed in Redd’s name, thereby making my whole day better.

No, I did not mean Freddie, Discogs – but I can understand why you’d make that assumption.
(Discogs understands me in a way few ever will) 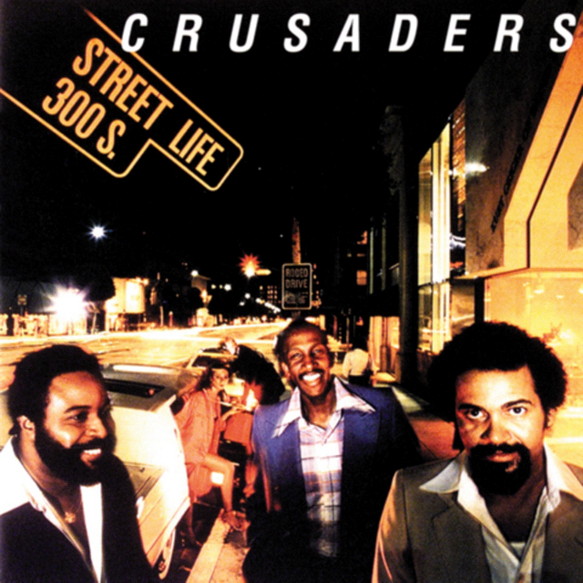 The Crusaders get Most Convincing and Un-ironic Display of Enthusiasm Before a Night on the Town with that album photo. Aw, so excited! They look so happy because there’s nothing else to do in Texas but get dressed up to go ride mechanical bulls and play beer pong.


They also get the win for Best Band Name (but sometimes I wonder if this was a mistake, the wrong choice; is The Persuaders actually the better name?). Anyway, street life: it’s no jet life fool, but it seemed to work for a lot of dudes in 1979. That title song is a true great, a joyous driving-and-singing classic, even though street life isn’t so much the only life I know. Prod sang it awkwardly in a hook once, sort of convincingly I guess – but it’s nothing compared to his secret song off his secret 2011 album (“Reading Logan the Phone Book Out Loud Life”). And that Randy Crawford, boy I tell you –  she had this soft-hard thing happening with her voice, making me jealous as hell but no so jealous that I can’t write a little post of admiration in her honor on my humble blog.

Pros: Good records; cheap records; no competition from the locals; staff was nice to me; cab driver waited for me outside while I shopped and didn’t leave the meter running. Aw.
Cons: TEXAS.

The phrases “I love your sundress,” “sugar bunny,” and “church girl on Sundays; freaky on Mondays and Fridays” are enough to get me through the dreary workday. Also “word life,” which needs to make a triumphant return.

One thought on ““They don’t know what that Star ’bout””