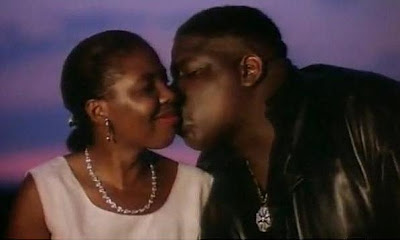 It came out the first week of August and went gold by November.
Do the math and carry the 1, you guys; that was 15 YEARS AGO from where we’re standing right now, Jesus.

. . . .
“Remember Rappin‘ Duke?” Biggie asks, with that narrative technique that always works in a song (reference your audience; you’re one of them). Yes, Big! I do remember! (not really, but I ran to look it up as soon as I heard the name). “You never thought that hip-hop would take it this far.” He was right, I think–you really never thought it would. (I, of course, always knew) 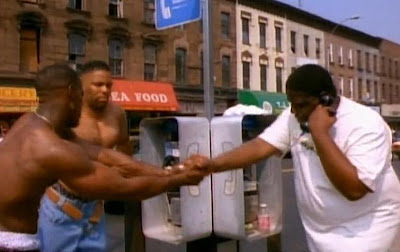 You’re not supposed to admit this as a ’90s hiphop dork, but that chorus is terrible–not the And if you don’t know, now you know, but the singing, which is most definitely not from the Mtume original. It was probably Total or something. Slightly off-key. Not cute. For a late-summer song, though, we overlooked it. We were all too sweaty to care. And nobody really listened to those parts, anyway–they were just bumpers in between his verses.

See, what you do, if you want to make a hit summer song, is you gotta keep that BPM under 100. You make it appeal to the dudes and to the ladies. And you make sure your narrator is likeable, vulnerable, but not too soft. Not a sucker. It’s funny, everybody’s always talking about the sweetness of the story–mom with her Acura, the diamond earrings, the Queens condo. Damn right he likes the life he lives, ’cause he went from negative to positive. Let’s not forget, though, that he begins his tale with an enthusiastic Fuck all you hoes!

And hey, how come we always put Way back, when I had the red and black lumberjack/With the hat to match and I let my tape rock til my tape popped, and It was all a dream on shirts, but we ignore the superdope And my whole crew is loungin? It’s so underrepresented on the chests of hypebeast-y dudes in this city.

*(“I’m not mad at anybody, I just want the correct credit. Fuck that. If you didn’t do the work, I’ma expose you. When you have an idea and someone just takes it, that’s kind of wack. You must not do much clever thinking. I mean, there ain’t much to it, just make the fuckin‘ track.”)