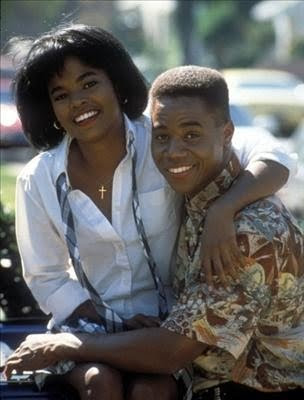 GQ mag ranked America’s 25 douchiest colleges since I guess they felt like this needed to be done? The whole list is pretty predictable–Ohio State, Arizona State, Texas, Notre Dame, USC (I love ‘SC but, yeah, I see it)–and filled with the expected references to rich kids in blazers chugging substances. I do like the Paul Wolfowitz mention, though (U of Chicago; hey! Just like noted THIS GUY, Firas!) and the mention of NYU teeming with “Yeah, I did that when I was 17”-ers (’cause that one’s true). That part about OSU dudes writing letters to Maurice Clarett is rather comical, too. Brown is ranked #1 because according to GQ, the height of d-baggery for college kids is putting together MoveOn.org fundraisers and using fancy terms like cultural hegemony; the writer of the piece even pulls out that old “limousine liberals” dis like it’s ’96! Clever! At least the writer is an equal-op critic, though: Charter College in Wasilla gets a place on the list (“‘FREE LEVI’ sticker on the bumper of a Dodge Ram dually,” that’s kinda great), and those Jesus-y types down at Bob Jones U get appropriately clowned. I enthusiastically endorse this.
I can’t seem to find a byline for this piece, however. Bring ’em out bring ’em out, GQ! You ashamed of your writing staff?

And then there’s Morehouse, the winner of the coveted “We Need a Black School” slot on the list. I just hadn’t done enough cringing yet this morning; I’d be lost without you, Gentlemen’s Quarterly! Let’s do this. 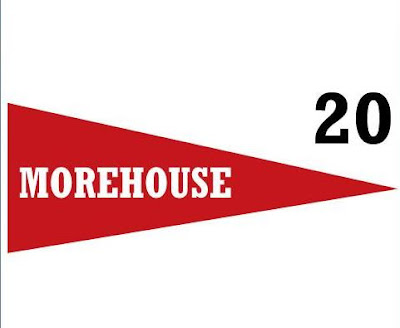 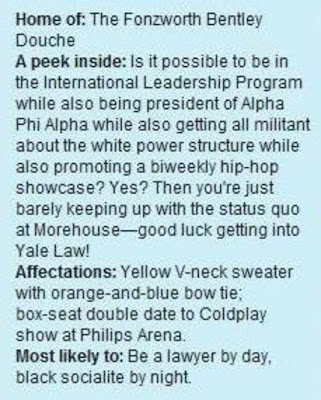 First of all, don’t nobody disparage the alma mater of Tre Styles and get away with it. I am not the one.

Additionally, the description makes my racism feelers get a little tingly. That whole blurb just makes me feel antsy and uncomfortable, even if I can’t articulate it. But I’ll try:

Look how psyched this guy (anonymous GQ writer) is on his description. “Fonzworth Bentley douche.” That’s not funny ’cause it’s not 2003. The inclusion of the term “black socialite.” (Black socialite, the writer says, in case you missed it). And OH those wacky Black collegians with their hip hop shows and the way they get all militant, despite the fact that they’re well on their way to law school! The anonymous writer’s point that Morehouse is filled with overachievers. Except wait, being an overachiever alone is not d-bag-ish, so why is the school on the list? Because it’s a Black school, filled with Black overachievers! And that’s…um…douchey (?). It is, anonymous GQ writer says, if you are a Black overachiever who has the nerve to claim that there’s a white power structure in place while living it up in your fancy sweaters, presiding over your fraternity. No white power structure would allow men of color to get Bachelor’s degrees and host music showcases, see? So douchey and unnecessarily complain-ey, those Morehouse dudes! Anonymous GQ writer(s), Schoolly D is on line 1 for you.

Since I excel in etymology, Def Jam in the ’80s, El-P, hips, ’90s everything, bearded white man music, and little else, I had best stop my rant now. I’m not too eloquent when it comes to discussing cultural identity and notions of power and privilege in America. The GQ piece and all similar content is better left to my dude Cornel West. Or Harry Allen. Or bell hooks. But since everybody knows I love a weird segue in a blog post: it’s Declan McManus’s birthday (08/25/54), 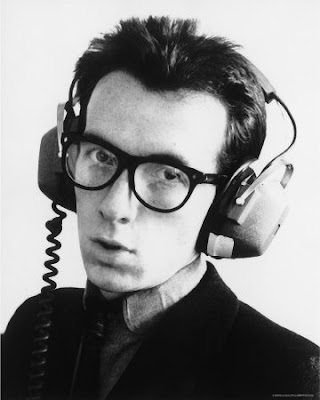 he has ruled my life with his songwriting and melody-writing abilities, and here he is, singing about racism in a subversive and thought-provoking way. OH ELVIS.