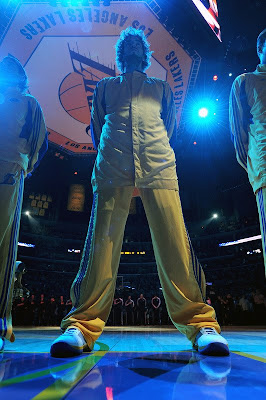 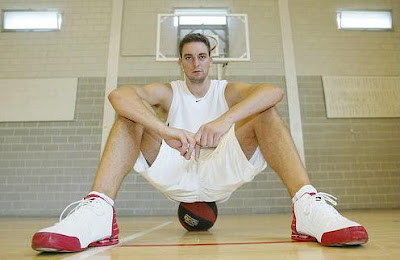 2. Kobe and Ron-Ron had some kind of special times in the shower that has remained under wraps until now. Ron offered to help Kobe, to come to LA to be with him and give him what he needs...

“Kobe said that after the Lakers lost game six of the ’08 NBA Finals in Boston by 39 points, he was alone in the shower, just fuming. He heard somebody walk in and assumed it was one of his teammates, or maybe a staff member. Instead, he looked up, and it was Ron Artest (to this day, Kobe has no idea how Artest got into the locker room).

‘I want to come help you,’ Artest said. ‘If I can, I’m going to find a way to come to LA and give you the help you need to win a title.’

Kobe didn’t think much of it, especially since Artest still had a year left on his deal with the Rockets, and that the Lakers were returning an entire team that had just won the Western Conference. Plus, players talk like that a lot, and it’s just talk. But it struck Kobe as a nice gesture, especially since he had just been hammered by the Celtics and nobody was saying much of anything. Kobe told me that the perception a lot of people have of Artest is wrong.“

3. Oh the hilariousness! In this episode, our heroes discuss sailboats, cookies, and layin it down in the booth. I have watched this approx. 37 times and I’m showing no signs of fatigue yet.

Kobe and Artest: The ‘Lost’ Trash Talk from The Basketball Jones on Vimeo.

4. And, to wrap things up….me, circa June ’09, watching the finals in my Showtime purple/white socks and looking a little bit retarded in the face. I mean, just slightly, but still. Pic by Super Laker Hater George M. 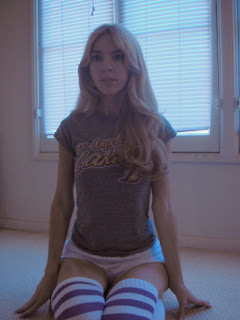 I read in Nylon that not brushing your hair is the hotness right now.

One thought on “Lakeshow stuff, because I have not come to terms with the fact that the season is over”